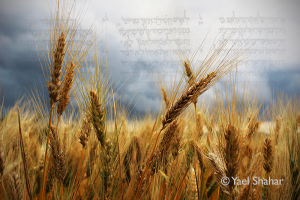 In comparing the language of the Ten Commandments as they appear in Sefer Shemot and as they appear in Sefer Devarim, we find only a few slight differences, except for the mitzvah of Shabbat where the differences are very clear. The principal difference is not the introductory word – ‘shamor’ or ‘zakhor’ – (despite the fact that we interpret ‘zakhor’ as referring to the positive mitzvot of Shabbat, and ‘shamor’ as indicating that we should be careful not to transgress the negative mitzvot), since the clause ‘to keep it holy’ is the same in both cases, as is the prohibition to perform ‘any melakha’. The main difference lies rather in the reasons presented for the mitzvah of Shabbat. In each case the reason is stated absolutely, as though it represents the sole basis for the holiness of Shabbat and its prohibitions